Jeremy Segal joins Jack and Carol for the first segment to discuss the Wisconsin Recall election of Governor Scott Walker. Jeremy is the Rebel Pundit, and w...

If we all did the things we are capable of, we would literally astound ourselves. 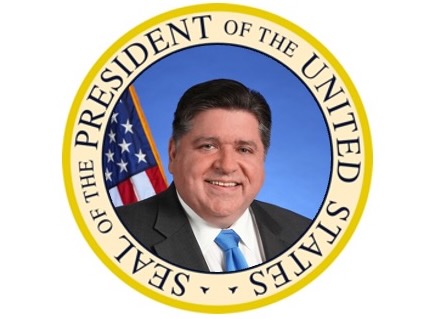 In an essay for the summer issue of National Affairs, Chester E. (Checker) Finn, Jr., and Frederick Hess tell the history of America’s bipartisan education reform movement over the past forty years, beginning with the blue-ribbon commission report of the Reagan administration, “A Nation at Risk.”

They detail Washington’s emphasis on setting national education goals during the George H. W. Bush and Clinton eras; the landmark No Child Left Behind legislation of 2001 and the Common Core initiative of 2010, both of which established federal accountability standards; and the signing of the Every Student Succeeds Act of 2015, which returned some of that authority back to the states.

Finn and Hess also describe the eventual unraveling of this coalition as the Left abandoned traditional notions of merit and instead pursued a new social justice agenda, while the Right sidelined accountability while doubling down on school choice—a fissure that has widened even further as student performance continues to decline and citizens fight over school closures, remote learning, and mandates on masks and vaccines.

“That means it may be a while before a broad new reform agenda begins to coalesce. Until then, we may be in for a period of red reform and blue reform. But since the time of Horace Mann and his fellow ‘common school’ reformers nearly two centuries past, school reform has proven to be a phoenix, with each movement's demise inevitably clearing the way for the next,” the two education policy experts conclude. “Given that history, it's a safe bet that some new coalition will eventually rise from the ashes. What shape it may take and how long it will be until then, we cannot yet say.”

National test scores suggest that large economic shocks lead to long-lasting effects on student achievement. It happened with students born during the Great Recession of 2007–8, whose schools were impacted by severe spending cuts just as they reached kindergarten.

In a new video for PolicyEd, Visiting Fellow Michael Petrilli argues that similar consequences will likely be experienced by the cohort who began elementary education during the COVID-19 pandemic.

Many of these students began kindergarten remotely at home, where there was little learning taking place. Accordingly, they entered the first grade less than fully prepared, and are thus likely to fall further behind. Unless effective accelerated learning is implemented, future test scores produced by the National Assessment of Education Progress (NAEP) for fourth, eighth, and twelfth graders will reflect poor student achievement.

Petrilli maintains, however, that there is still time to remedy the losses in education.

“Changing the course of history for this cohort of kids is the challenge at hand today. Accelerated student learning will take commitment, smarts, and the political will to invest federal relief funds strategically,” Petrilli explains. “A decade ago, we failed to rise to the challenge during the Great Recession. Let’s not repeat this same mistakes again.”

One June 28, former secretary of education Betsy DeVos joined Director Condoleezza Rice for a "fireside chat" in Hauck Auditorium. The discussion focused on DeVos's newly released book, Prisoners No More: The Fight for Education Freedom and the Future of the American Child, which details DeVos’s tenure during the Trump administration.

DeVos argued that the school system is the “least disrupted industry in America.” Its model, originally intended to prepare students for the nineteenth-century’s industrial era, has remained ossified, even while the economy has fundamentally changed over the past century and a half. In recent decades, the system has not adequately served the needs of students. Despite that the federal government spends more than any other country on K–12 education, American students rank thirteenth in reading and eighteenth in math worldwide.

COVID-19 has exacerbated disturbing trends in American K–12 learning, but as DeVos contends, the pandemic has uncovered enormous opportunities for reform in the school system. Following school shutdowns in early 2020, many parents were awakened to the poor quality of their children’s education, especially as the students struggled through remote learning.

“The family is the primary place of responsibility for a child’s education, and many parents have realized this, perhaps for the first time, after this experience in the last couple of years,” said DeVos.

Changing education at the school and district levels is not enough, as powerful teachers’ unions continue to be obstacles to reform, DeVos believes. Alternatively, families can best achieve education freedom for their children through the policy leadership of their governors and state legislators.

States like Arizona are leading the way to education freedom, DeVos argues. Its governor signed a major bill that allows families to receive most of their per-pupil funding through an Educational Savings Account (ESA). These monies would follow their child wherever their families decide to send them to school.

DeVos maintained that this model presents opportunities to customize learning in a manner that best suits each student’s needs, talents, and interests. It also recognizes that there are multiple pathways to career success. Students don’t all have to attend four-year colleges, where tuition has become increasingly expensive. Instead, education can be tailored for students to study as apprentices or in short-term certification programs, in which they can acquire skills for high-paying and meaningful work in the future.

DeVos addressed headlines that were made when she floated the idea of shutting down the Department of Education, which she once led. Despite spending trillions of dollars in grants and expanding its regulatory control over the nation’s schools since it was established over forty years ago, the department has not proven that its efforts have narrowed gaps in student achievement. She maintains that education is best administered by state and local governments, and that the department’s authority over civil rights matters can be taken over by other agencies within the federal government.

The American government spends more on schooling than any other country.

But as countless examples in American history have proved:

It often makes it worse.

Wherever the government spends more, the problem being solved usually magnifies.

I read an article in the Guardian years ago that asked the question, "Why is America falling behind despite spending more on education than other countries?"

It found that kids in Singapore were "3.5 years ahead of American kids in math."

Canada, Germany, Finland, and South Korea are just a handful of the countries consistently outranking the United States in terms of how smart students are in academic subjects, especially STEM.

What’s interesting is the article does bring up that schooling was based on a "factory model" in the early 1900s.

I’ll get to the other part in a second.

But I have to point out that in this article, the "solution" to this problem is simply more of what’s not working.

This is like Fauci saying that we must rely on masks and jabs to "slow the spread" and "save lives" for the next COVID variant after these tools have been shown to be completely ineffective and outright dangerous and deadly.

(Which, by the way, he is out there saying lately, but I digress…)

Because dumbness in America is not a bug of the system…it’s a feature.

It’s there BY DESIGN.